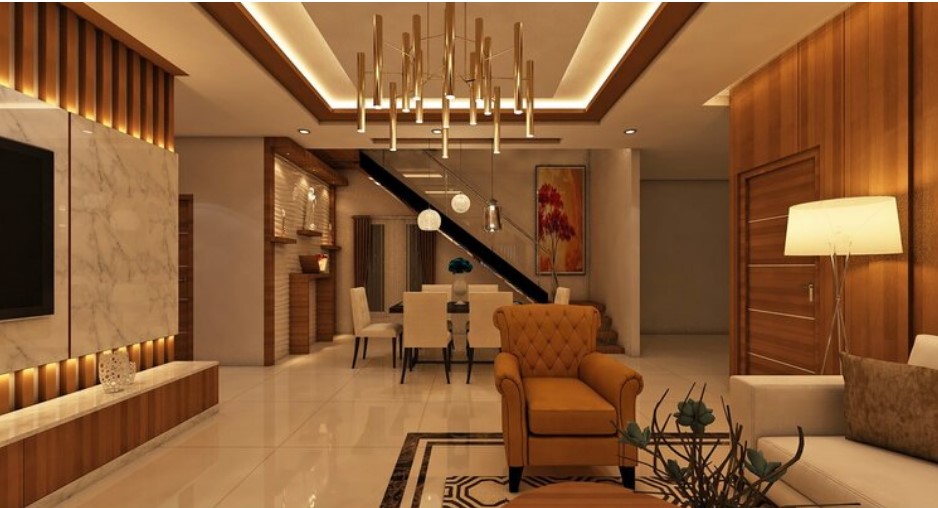 Role of an Interior Designer For Home

It is common misunderstanding among the people that an Interior Designer is just a home decorator and you do not require them after the building is already build. In reality, decorating is only a part of what an interior designer does. While decorating is one of their most important jobs, an interior designer can do lots of other things before the paint is mixed or the rugs are unrolled.
Interior Designers can plan for the best electrical, plumbing, and lighting layout for each room if they are let in early in the construction process. If you have seen houses with incredible functional details like outlets conveniently hidden in clever spots, storage under the staircase steps, or lighting in the kitchen cupboards- the homeowner most likely hired an interior designer to act as a guide in the house building process.

Working with Your Interior Designer For Home

First and foremost, be honest about your spending plan. Some designers refuse to work on or commit to tiny projects or budgets. It’s best for the designer to have this information before starting a design plan. Ask your design company about its pricing policy. It might bill an all-inclusive flat fee, an hourly rate, or cost plus. (Cost plus is the practice of adding a markup to items purchased at a discount and keeping the difference as part of the price.)
The time has come to improve communication. If you are paying an hourly rate yet need frequent consultations with the designer, the costs can start to mount. Find out the designer’s preferred level of client involvement, and be ready to take initiative and have faith in the creative process. In the end, you chose this designer because you were moved by what they had created.

Spending too much money to fix a mistake that could have been avoided can result in your loss. A skilled person will spot mistakes before it’s too late. This is another justification for hiring a designer as early as possible in a project.

It can take a lot of time and be frustrating to oversee a renovation job. An interior designer’s responsibility is to handle this on behalf of their clients and see to it that everything goes as planned. So that the client doesn’t have to, they handle all of the coordination with the suppliers, builders, architects, artisans, and so on. They respond to any inquiries that may arise, in full detail, and we take care of each deadline as it arises.
There are also many moving parts to a project that homeowners can’t always anticipate because they’re inexperienced.

Working with what is already there is usually a smart move when trying to save money. An expert interior designer will know the best way to accomplish it. They will be more adept at finding new uses for old things, such as recovering furniture you believed to be beyond repair.

Professionals know how to look ahead, unlike many homeowners who tend to concentrate on what they can see right in front of them. For instance, the majority of interior designers concur that a timeless aesthetic would endure much longer than an idea that is very specialized or stylized. A rise in resale value is a benefit of working with an interior designer who may not be top-of-mind. Your home’s worth and the number of prospective buyers both rise when it is aesthetically pleasant. Therefore, your home will sell faster the more people that view it.

If you are looking for an interior Designer for your home and don’t know where to find one, you are at the right place, Design De Maison is one of the best Interior Designing Company in the tricity. We extend our interior designing, Interior Decorating, and architecture services at the best price and best possible quality. The best thing about our firm is the level of attention we give to details.
Our number one concern is to provide our clients with the services that makes their dreams come true. So, contact us for your next interior Designing need. Call us or email us for any queries you may have.